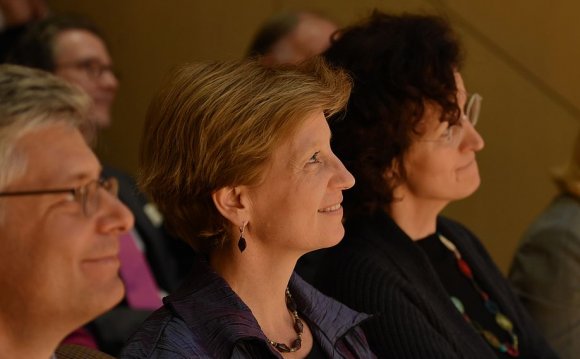 An independent jury of U.S. and Austrian literary professionals, editors, and critics decided Lewis’s interpretation of Angel of Oblivion [Engel des Vergessens/Angel Posabe] by Slovenian-Austrian writer Maja Haderlap as the clear winner from one of the submissions obtained.

Tess Lewis’s translations from French and German include functions Peter Handke, Alois Hotschnig, Julya Rabinowich, Melinda Nadj Abonji, Pascal Bruckner, and Jean-Luc Benoziglio. She has already been awarded translation funds from PEN United States Of America and PEN UK, a NEA Translation Fellowship, and a Max Geilinger Translation give for her translation of Philippe Jaccottet. She in addition functions as an Advisory publisher the Hudson Assessment and writes essays on European Literature for many journals and newsprints including This new Criterion, World Literature Today, The American Scholar, and Bookforum. Since 2014, Ms. Lewis has curated Festival Neue Literatur, New York City’s premiere yearly festival for German language literature in English.

Maja Haderlap’s Angel of Oblivion is a groundbreaking book based on the author’s very own family members tale as part of the Slovenian-speaking minority in south Austria and that community’s fight resistant to the Nazis during World War II. The book was granted several prestigious awards such as the Ingeborg Bachmann Prize, the Buchpreis der Stiftung Ravensburger Verlag, the Bruno-Kreisky-Preis für das Politische Buch, and the Rauris Literature Prize. A Slovenian language theatrical version of the book, "Angel Posabe", had been staged by the Slovenian National Theater in 2014.

In a unique program including a reading by the recommended Austrian –Slovenian writer Maja Haderlap, translator, editor, and literary critic Tess Lewis may be presented our 2015 Translation Award.

A completely independent jury decided Lewis’s translation of Angel of Oblivion [Engel des Vergessens/Angel Posabe] as the obvious champion from among the list of submissions got in 2014. Click on this link for a sample regarding the interpretation.

The laudatio would be held by Paula Deitz, editor for the Hudson Evaluation.

Maja Haderlap’s Angel of Oblivion is a groundbreaking book on the basis of the author’s very own family story included in the Slovenian-speaking minority in southern Austria and that community’s fight up against the Nazis during World War II. The book had been granted a number of prestigious awards like the Ingeborg Bachmann reward.