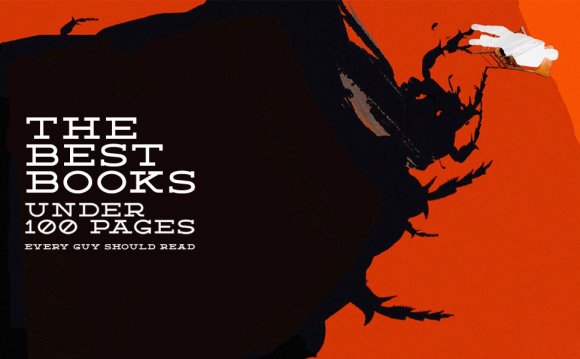 For all his fame, Franz Kafka published only a small number of stories in his lifetime. This new translation of those stories, by Michael Hofmann, one of the most respected German-to-English translators at work today, makes Kafka's best-known works available to a new generation of readers. Metamorphosis gives full expression to the breadth of Kafka's literary vision and the extraordinary depth of his imagination.

Clinton also sent us these thoughts about why Kafka's book is essential...

The transformation of a human being into an insect is a popular 20th century conceit (see: science fiction). Kafka created darkly humorous worlds where his characters become ensnared within a disorienting nexus of inhospitable systems. Encompassing themes of spiritual isolation, rejection of social systems, disillusionment and despair in the face of an ungovernable future, Kafka's work reads like a testament of the demoralized, modern man. His work also gave us the word Kafkaesque, which means having a nightmarishly complex, bizarre, or illogical quality.

Kafka influenced practically every Western writer who succeeded him. He's a precursor to the magical realism of Gabriel Garcia Marquez and Salman Rushdie. His writing also directly influenced Milan Kundera's The Book of Laughter and Forgetting, Jose Saramago's Blindness, and Japanese writer Haruki Murakami's Kafka on the Shore and The Wind-Up Bird Chronicle.

Although unfinished and published posthumously, The Trial is another significant work by Franz Kafka. The Kafkaesque struggle against absurdly hostile institutionsseemingly existing only to promote a general sense of alienation and helplessnessis played out more extensively in this novel.

With its themes of corporal disfigurement and the transformation of a human into insect, The Fly is a popular science fiction thriller (a David Cronenberg remake of a 1958 film) influenced by Kafka's Metamorphosis.

There have been a few foreign and short films based on Metamorphosis, and there is a new motion picture adaptation currently in development. Steven Soderbergh made the sci-fi thriller, Kafka, a noir-riff on Kafkaesque themes. Orson Welles's The Trial is arguably the most important film based on Kafka's work.

Franz Kafka's The Castle is a rarely read and fascinating book by this author. It's a novel that beautifully realizes the term Kafkaesque, and Kafka's city of Prague is most recognizable in the book's setting.

Two Russian novels also come to mind when thinking of related forgotten classics. Although they are not forgotten, they are not as widely read.