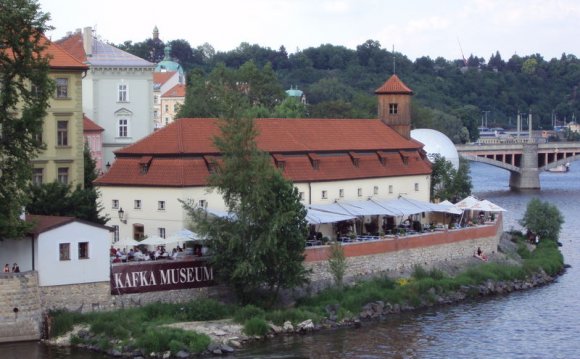 The great early-20th-century Jewish writer Kafka wasn't Czech and he wrote in German, but he lived in Prague almost his whole short, anguished life, so it is suitable he's finally gotten the shrine he deserves here. Considering that the museum's developers thought in channeling Kafka's darkly paranoid and paradoxical work, they developed displays real to this spirit. Plus if answers are frequently goofy, they have an "A" for work. Facsimiles of manuscripts, documents, first versions, photographs, and newspaper obits tend to be shown in cup vitrines, which in turn are operating out of "Kafkaesque" configurations: huge available filing cupboards, rock gardens, piles of coal. The basement level of the museum gets even freakier, with expressionistic representations of Kafka's work it self, including a model regarding the horrible torture device from the "Penal Colony" story. Not somewhere for young kids, or fans on a primary date, but fascinating to anyone knowledgeable about Kafka's work. Other Kafka web sites in Prague

add his residence on Golden Lane, their Old Town birthplace at Náměstí Franze Kafky 3, and Jaroslav Rona's trippy bronze sculpture of publisher on Dušní Street in the Old Town. (Speaking of sculptures, simply take a gander at animatronic "Piss" statue within the Kafka Museum's courtyard. This rendition of a couple of urinating into a fountain shaped like the Czech Republic was produced by regional enfant awful sculptor David Černy, who also performed the babies crawling within the Žižkov television Tower.)